Skip to content
Contents hide
1 Are you ready to boost your brain capabilities with an AI chip from Elon Musk?
2 What is this AI chip?
3 What will Neuralink do to your brain?
4 Benefits of these AI Chips
5 What is Neurolink’s main goal?
6 When can we see the device?
7 Neuralink implants
8 How trials of Neurolink’s chips Was Displayed?
9 When was the Neurolink chip expected to start Human trials?
10 Why can we trust Neurolink chip?
11 What then comes to the risks already?

Are you ready to boost your brain capabilities with an AI chip from Elon Musk?

How often have you thought of eating all your notes so you can memorize them or how many times have you wished you could read others or take a photo from your eyes?

Thanks to Elon Musk some of these childhood wishes might come to life for this you will only need a small brain chip.

What is this AI chip?

It can be introduced as a brain-computer interface or a BCI. BCI can create both internal and external brain connections they’re able to read brain activity convert it into information and then relay that information back to the brain or outside.

BCI can be classified as either Invasive or Non-Invasive.

What will Neuralink do to your brain?

In July 2016 musk established Neurolink Corp to develop ultra-high bandwidth brain-machine interfaces to connect humans and computers. In 2017 the business stated that its primary objective was to develop brain interfaces to lessen the symptoms of long-term medical issues.

Musk regularly expressed concern that the rapid development of artificial intelligence poses an existential risk to humanity. He said that a brain chip might resolve the issue but he continued by saying that it also aimed to assist you in safeguarding and improving your brain and forging a future that was in line with your goals.

Neuralink has ensured that computer intelligence will augment human talents within the next 10 years. So people will be able to create a completely new version of themselves thanks to technology. It even implies that people who are not among the top one percent can integrate into this new Society. A fine-tuned surgical robot will place this coin-sized Neural link device inside the brain it connects a thousand tiny strands from the link to specific neurons these threads have a diameter of one-fourth of that of human hair. The chip uses Bluetooth to connect to an external computer for constant back-and-forth communication.

Benefits of these AI Chips

What is Neurolink’s main goal?

When can we see the device?

The most straightforward answer to this is no it has to undergo many procedures before coming to the market. A specialized Gadget May monitor these impulses as they pass and learn to identify them with distinct physical movements they cause such a device could assist its user in overcoming disease and paralysis in regaining control of their body by gathering and delivering the same brain signals.

But the device itself is truly the difficult part there’s minimal space in people’s heads to implant anything securely and the internal language of the brain is not well known. Drilling a tiny hole in the skull roughly the size of a quarter and surgically inserting a battery-operated wireless rechargeable Gadget is their proposed solution.

The procedure needs only a two-millimeter incision that is widened up to eight millimeters the chipset module will cover the exposed portion of the skull when the treatment is finished while the patient is under partial anesthesia.

Musk added that after the device is implanted there won’t be any cables or antennae protruding from your head.

How trials of Neurolink’s chips Was Displayed?

When was the Neurolink chip expected to start Human trials?

Originally it was expected to start human trials in 2020 but it was delayed to 2022 July 29, 2021. Neural link declared that it secured a 205 million dollar series C fundraising round from investors including Google Ventures. They mentioned in its release that the first commercial use of its chip might be able to assist people with quadriplegia.

In a tweet must claim that Neurolink would treat Tinnitus by 2027. A neurological disorder called tinnitus causes ringing or buzzing in the ears. when there’s no external cause 50 million Americans are suffering from this tinnitus is a frequent issue that develops from the vestibular cochlear nerve which connects the inner ear to the brain is harmed by sustained loud noise trauma or a lack of blood flow. Most neuroscientists are positive about the device’s ability to alleviate Tinnitus artificial implants are not alien to us.

Why can we trust Neurolink chip?

According to what they revealed in their white paper that tip appears to be cutting edge so you’ll be able to record from more locations with greater accuracy comparable to updating your television to high HD in a way there are no risks are there.

According to the FDA so they must successfully pass the stringent FDA regulatory checks before human trials can begin. Once they get approval they will recruit human volunteers and begin the subsequent phase of Trials then.

What then comes to the risks already?

There have been many complaints about animal ethics regarding the monkeys and pigs they use for experimenting with the device and people will start to doubt despite finding the project fascinating several people are already skeptical about it.

The worst case scenario is hacking our brains Neuralink is at its core a computer and as with all technological advances in Computing throughout human history. The more complicated and intelligent computers get the more appealing targets they become for hackers our brains have more than a computer can ever gain Breaking the Barrier to the brain with a BCI could allow hackers to break in and cause issues beyond our current comprehension.

So are you ready to boost your brain capabilities with an AI chip from Elon Musk? 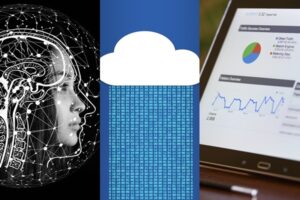 5 Best Technology to learn for future